Officer Charles Irvine Jr. died while on duty. He was involved in a fast-paced car chase when he got involved in a crash while following the suspect in Milwaukee. The accident ended his life. He was just 23-years-old when he passed away in the violent and tragic wreck. Within hours of his passing, a memorial was erected outside of the Police Department’s District 4 station, and it quickly became a place for people to unite over the tragedy.

Not long after, just a few days, 12-year-old Avant Turner decided to go visit the memorial outside of the police station. And when he walked past it, he noticed the squad car out front. It was draped with a black cloth and covered in beautiful flowers. People from the community had given so much to honor the death of Irvine Jr. They wanted his life celebrated in just the way he lived. With honor and integrity. 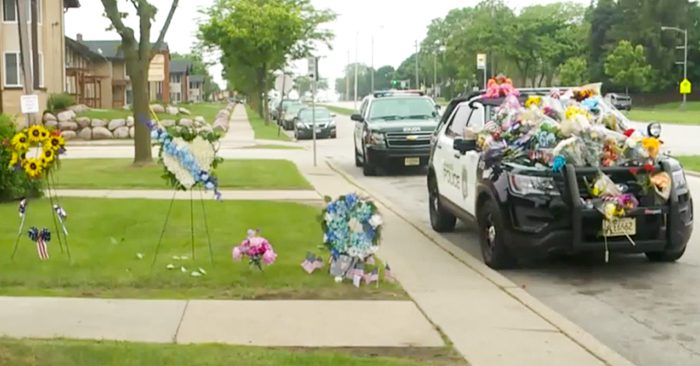 Avant could hardly see the car underneath all the gifts. People had given so much to honor Irvine Jr. that the car was smothered with flowers and presents.

Avant had not heard the details of the news. All he knew was that a police officer died while involved in the car chase. So he got closer to the car and looked at the picture of the officer. His heart fluttered when he realized he knew officer Charles Irvine Jr.! They had established a friendship that few people in the neighborhood and the community at large knew about. It was something special the two of them shared. 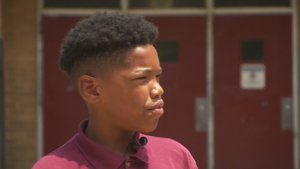 “I went to the car, and I looked at the picture. Shock. I just saw the car on TV — flipped over. I went to school and got a pencil and paper. I told him ‘thank you for being my best friend, and for helping me,’ and I put ‘sincerely, Avant,’” said Turner.

Inspired to share his own present to the pile of gifts, Avant thought about what he could do. He didn’t have money to buy anything, so he did the best he could. He wrote a heartfelt note and placed it among the flowers and gifts. 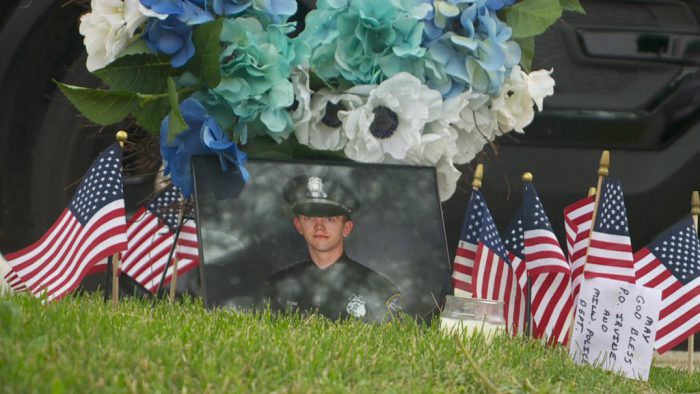 Much to Avant’s surprise, his note stood out among the colorful flowers and gifts. But it was the note’s message that left Irvine Jr.’s family’s hearts swelled with pride.

“He used to be behind District 4. He used to ask me about school sometimes — was I doing good, and did I need his help for anything. He’s the only one who helped me out with like, school. For example, if someone was trying to pick on me and I couldn’t get a hold of a teacher, he’d tell me to walk past him and stuff,” said Turner. 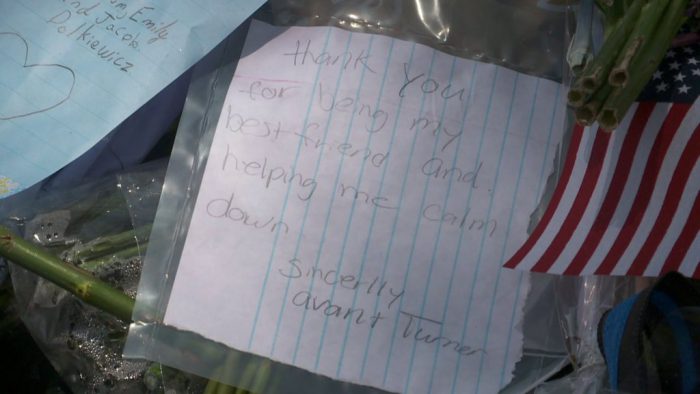 Avant Turner’s note read as follows: “Thank you for being my best friend and helping me calm down.”

The young police officer had touched many lives during his time of service. He had arrested criminals and put away bad guys. But perhaps the person he changed the most was Avant Turner through his kindness.