There’s a new sheriff in town, and she’s transforming the way teachers educate their students. As the founder of Educate and Celebrate, LGBTQ activist Elly Barnes has a very specific mission. She hopes to “transform schools” across the United States and “completely smash heteronormativity.” Because many schools in the United States are not friendly toward LGBTQ students, Barnes wants to make these facilities more welcoming to everyone, more inclusive, and very different from the way things have been done in the past.

The charity organization’s primary effort is “predominately training teachers” to be “confident in the language of gender identity and sexual orientation.” That means she hopes to educate teachers so they can use more inclusive language that speaks to every student and not just heterosexual boys and girls. 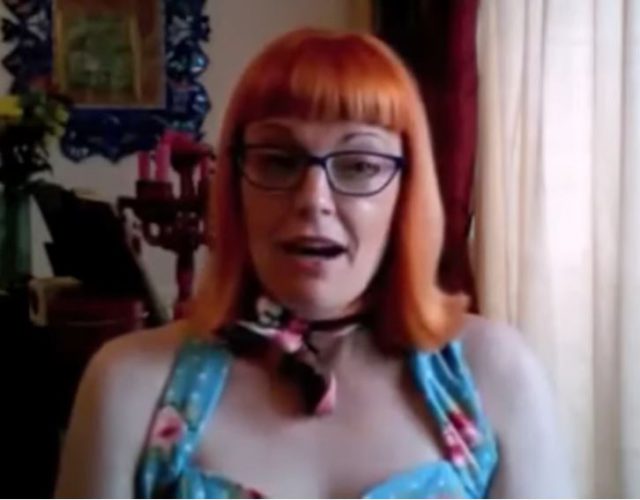 Through her charity, Barnes hopes to make more schools across America celebrations of LGBTQ people as well as heterosexual people. She wants to make it so that teachers are not afraid of LGBTQ students and are armed with skills and tactics to handle students with different gender identities than the heterosexual norms. That’s why she hopes that her charity’s trainings can make LGBTQ inclusivity an “everyday occurrence within the school.”

However, Barnes’s critics are hung up on one detail of her charity’s plan. And it’s the so-called “bottom line,” which Barnes says is to train teachers across America to “completely smash heteronormativity.”

What does Barnes mean by this statement? She means that she hopes to erode the way things are now and build up a way for things to be more inclusive in the future. She wants to train teachers that students can be gay or transgender and still be normal. Students don’t have to be heterosexual to be “normal.”

Although Barnes believes she is leading a noble mission, teachers in some communities are very resistant to her “inclusive” teachings.

Sarah Hopson is just one teacher resisting their trainings. She teaches elementary school-age children and recently decided that she was going to switch over to Barnes’s way of thought. That’s why she starts teaching young children fluid sexuality concepts so they can question everything as they grow up.

Hopson enlists many schemes to teach her students to accept and celebrate diversity. One such plot is to require young children to write gay love letters. These fictional letters, which are written from the perspective of a gay man to another gay man require the students to think about life from a bigger perspective than what they may know in their small circle of influence. She hopes that these “non-gender-specific” ideas will influence the children as they age, reach puberty, and choose their adult lifestyles.

Do you think this charity should be promoting LGBTQ inclusivity among elementary-school-age children? What do you think about the way schools are trying to be more inclusive?