Show me a wife who says she doesn’t like receiving flowers and I’ll show you a wife who is not telling the truth. Even if someone doesn’t like flowers, the gesture is what really matters. That’s what will warm a woman’s heart because it lets her know that her husband or boyfriend is thinking about her and loves her. So after firefighter and EMT Chris Kent cheated on his wife, he decided to send her flowers to apologize – little did he know things would not go as planned.

Kent loved his wife. So when he came home after a 36-hour shift on Sunday, he didn’t understand why she was so angry at him. She had had a terrible dream and shared the details with him. He had cheated on her in her dream. 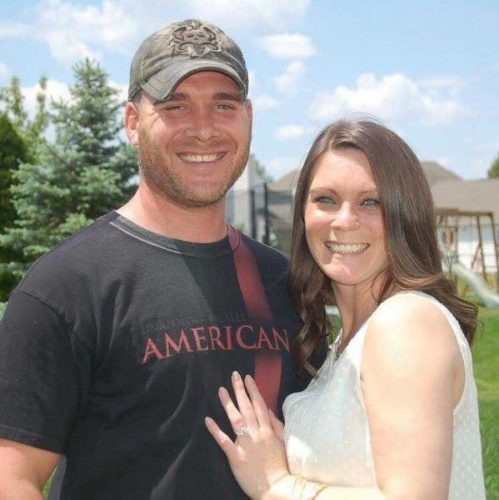 That’s right. Chris Kent did not cheat on his wife in real life. It was only in her dream. But he still felt bad that the dream had hurt her and destroyed her trust him in even though he had done nothing but be a faithful and loyal husband.

They woke up their daughter, 2, and made breakfast before heading to church. But Kent could tell that his wife was still angry at him for cheating on her in her dream.

He wrote the following for Love What Matters, the heartwarming Facebook page. Chris decided to do something after church to make up for his dream-self. 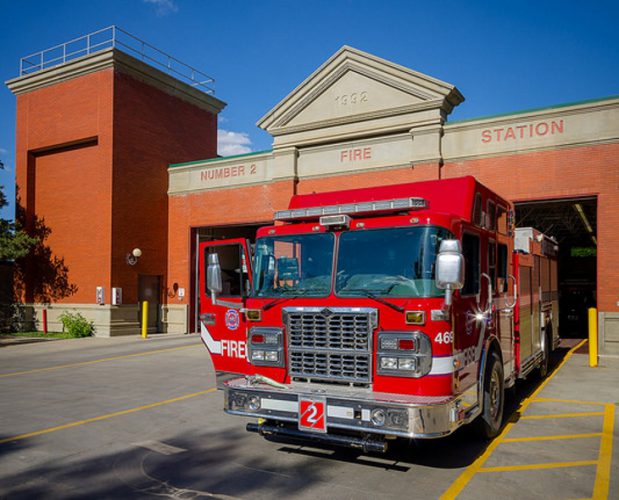 “While we were out, I passed by a flower shop. I decided to get my wife some roses to brighten up her day. I took them home and wrote a little note on a piece of paper I found in the kitchen. I wanted her to feel loved and also bring light and humor to the situation knowing my wife would enjoy the flowers and be able to laugh about it after the fact.”

Chris had been a loyal husband who always put his wife first. So he was confident that he could make up for his terrible behavior in her dream.

“That makes them so much more valuable,” he wrote, talking about his little gestures that come all year long and not just on her birthday or Valentine’s Day. “You don’t always have to get the most expensive things. A simple, kind and thoughtful gesture are more meaningful in my opinion. I always want my wife to feel loved and appreciated every day of the week not just around certain holidays.”

So he gave her the flowers with an “apology” note scribbled on a paper. 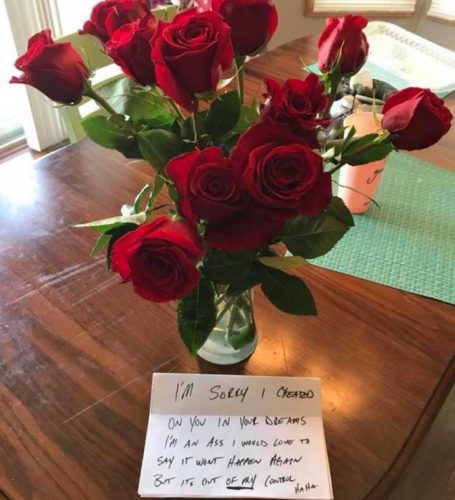 It said: “I’m sorry I cheated on you in your dreams. I’m an a**. I would love to say it won’t happen again but it’s out of my control. Haha!”

She loved it. And Chris hopes that his good behavior acts as an example for his two sons.

“When my sons see how I treat my wife, I hope that when they grow older, they will also treat their girlfriends and wives the same as they saw me do while they were growing up. Also, in the same respect, when our daughter grows up, she will also see how her mother was treated, and hopefully she will not settle for anything less in life.” 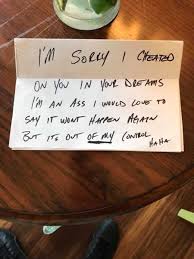 What do you think about his gesture?