When the pressure is on, ordinary situations can get us heated when they don’t go according to plan. If we’re rushing and eager to get on to the next task on our to-do list, when an unexpected holdup keeps us tied up, we can lash out on those around us and feel pressure mounting. Now imagine the feelings that would go through you when you just went through the checkout at a retail store and then pull out your wallet to pay only to discover that you’re short.

When a young mother named Katie Kanefke from Sioux Falls, South Dakota, found herself getting into a heated tussle at the cash register, an angel descended on the situation to make it all better. 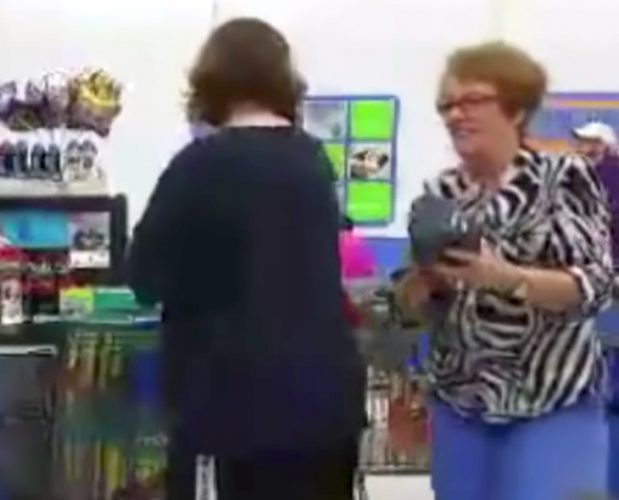 That angel was Carol Flynn, the woman in the zebra print, who happened to be next in line at Walmart behind Katie. Carol had watched as Katie checked out items along with her young son. She did not fail to notice how Katie’s cart was loaded with mostly baby diapers, along with a few odds and ends. Because the diapers had gone on sale, Katie wanted to snatch up as many as she could at the good price.

But as Katie watched the total tallying up, her heart sank. The number kept getting higher than she wanted to see. But she hoped that when the transaction finished, the number would drop as the sale prices clicked in before giving her the total.

When the cashier scanned every item, she announced the total, which was over $100. Katie has picked up way too many diapers and had gone over budget. She needed them for her children, but she didn’t have the cash to make the purchase. 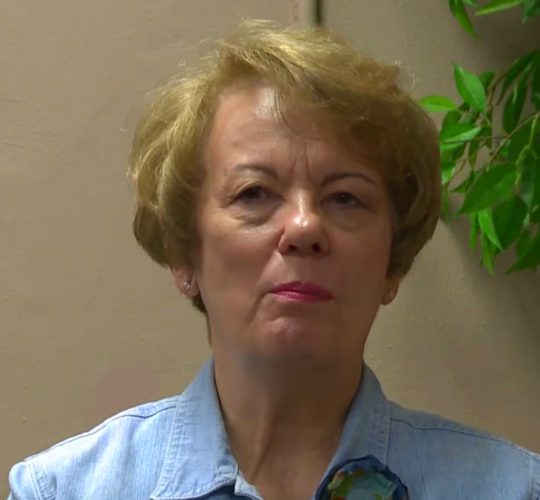 The clerk then explained why the total was more than Katie had anticipated. The diaper sale only worked for one pack – not a whole lot of them as the young mother had assumed. She was distraught and caught between a flustered cashier and a line of customers waiting their turn behind her.