The very first set of healthy all-female sextuplets were born in the world exactly 34 years ago and everywhere was buzzing with excitement at the news. It was indeed a resounding miracle and Janet and Graham Walton was the recipient of that blessing.

Of course, the couple was aware of how demanding raising six little babies at the same time would be but it was a gift they cherished with the whole of their being and were happy to make any sacrifice that taking care of their bundles of joy would require.

For the Walton’s their journey to parenthood was by no means easy. They had struggled through years of infertility. But all the years of medical treatment, pain, and failures they had to go through quickly vanished the moment they go the news that their girls were on the way.

For them, it is indeed a true saying that: “hope is being able to see that there is light despite all of the darkness” The couple never gave up in their dreams to be parents and in the end, their hope eventually paid off.

But even the couple could have imagined the answers to their longtime prayers would come in such an overwhelming way. They were excited at the news of the pregnancy, but the real joy came when it was time to welcome their new baby. It was as if the couple was being compensated for the long wait as they got six beautiful babies instead of one they were expecting.

The Waltons welcomed their sextuplets in December 1983 and they arrived perfectly healthy without any glitches at all.

The Walton girls were named Hannah, Ruth, Luci, Kate, Jennie, and Sarah and brought so much joy and happiness to their parent’s life. For the couple who have had to wait such a long time to have kids of their own, the birth of the girls was the fulfillment of a life-long dream.

The kids were also the most famous sisters in Liverpool and everyone including the media was interested in learning how the family lived. 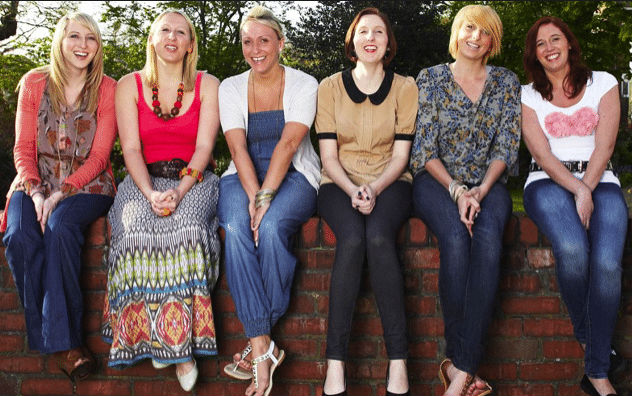 Taking care of six kids at the same time was quite demanding for Janet and her husband. She recalls that they were so busy during the first few years of the birth of the girls that they rarely got any sleep at all but the couple never had any course to complain. They were happy to be parents no matter how demanding that was.

‘“We lived through those early years in a blur. And the only regret is that there wasn’t enough time to enjoy them as much as we’d have liked.” She said.

According to Graham, he relished those early days. “I loved those early years so much. I couldn’t say one phase was better than the others”.

The girls grew up just fine and they were each other’s best friends. They relied on each other growing up and were always there for each other during tough times. Now full-grown women, the sextuplets are still as close as they’ve always been.

The family got a new addition to their brood in 2014, when one of the sisters, Sarah gave birth to an adorable little girl. With grandparents and give aunts to shower her with all the love in the world, this little girl is so lucky to be born into the Walton family. You can check out adorable pictures of the family below.

We say congratulations to Janet and Graham and we hope they become grandparents to even more adorable grandchildren soon.