Cancer does not discriminate. It attacks people of all different races and genders and ages. Childhood cancer is one of the saddest things there is. Children that age should not know their mortality like that. Nevertheless, cancer does not care about the people it affects or their families. It only takes. In the hope of uniting people dealing with cancer, two photographers Lora Scantling and Christy Goodger put out an open call for photos in 2014 on Facebook.

The response was big enough to change their lives forever.

“My stepdad was battling lung cancer at the time, and I wanted to do something that had an impact,” Scantling told ABC. “I thought, ‘Oh how sweet would it be and I put a post on Facebook asking if anyone knew of little kids battling cancer.’”

Since then she’s launched a project called “Little Heroes.” In the photo series, she’s photographed dozens of childhood cancer survivors. Despite the collection of wonderful images, one picture stands apart from the rest. Three little girls from Oklahoma have all dressed alike. They’re bald and are wearing outfits befitting the angels they are. The girls are hugging each other and holding each other close. After the image was shared as part of “Little Heroes,” it went viral almost immediately. 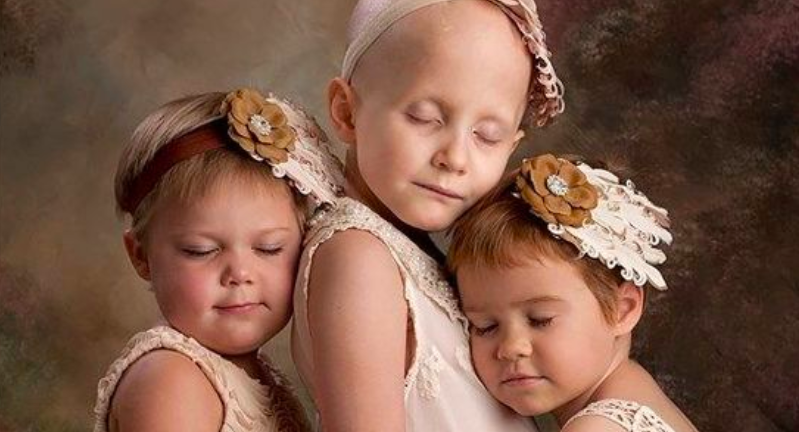 “They walked in, and the second they saw each other they were like, ‘Hey, you don’t have any hair either. You’re going through what I’m going through.’ Everyone was quiet at first, but after a few minutes they were sharing stories from the hospital.”

The girls established a connection on the day of the photo shoot. One year later, they decided to reunite for another image. It was a celebration because all three were in remission. 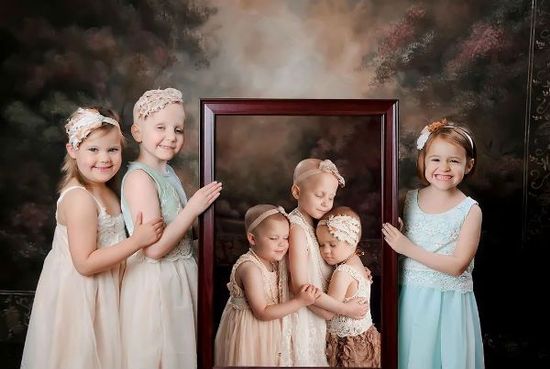 “It was just like a bunch of friends getting together,” Scantling said. “They were bouncing off the walls, having fun, like, ‘Oh my best friends are here.’”

Because it was so much fun to see these little girls, Scantling decided to turn it into a tradition. Every year she wanted to get the “gang” together and take another photo.

But Scantling doesn’t plan to stop photographing them any time soon. She hopes they can model for her images every year for the rest of their lives. It will be a way she can document them and help them inspire other people battling cancer.

“If I had to sum up Lora’s photos in one word, it would be ‘hope,’” Rylie’s mother said. “Strength comes in numbers, and I hope that another family in the middle of a battle with cancer can look at the photo and be inspired.”

This year, a little boy was invited into the fold because he just got diagnosed with acute lymphoblastic leukemia. His name is Connor Lloyd. 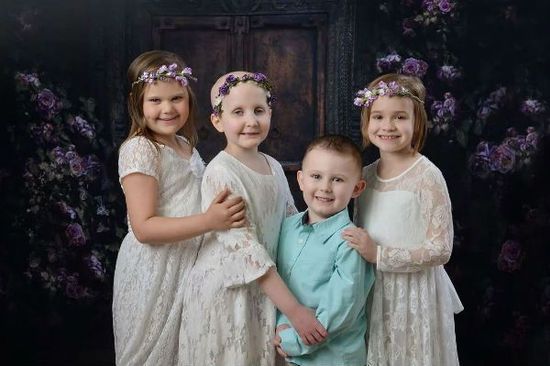 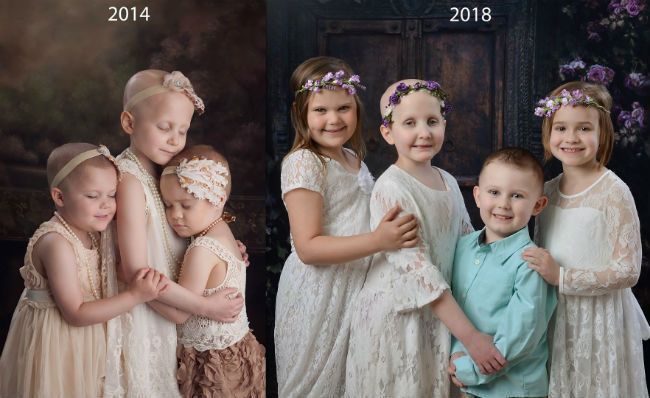 As beautiful as these photos are, let’s hope no more children get added next year!