Jon Bon Jovi knows what it means to have it all. But just because this rock star sensation has achieved his dreams and toured the world, he has not forgotten what it means to struggle. He also is deeply driven to spread goodness through the world, and instead of some celebrities, he starts by doing something that really makes a difference – that’s why he founded the Jon Bon Jovi Soul Foundation, with a mission to make the world better “one soul at a time.”

The front man’s foundation helps provide food to food-insecure and homeless people at no cost to them. The 57-year-old singer hopes to turn his passion for philanthropy into something that can help people who are not as fortunate as he is. It’s great that he gives back to the community, and shares some of the successes he’s had throughout his life in a meaningful way that literally puts food in people’s stomachs. 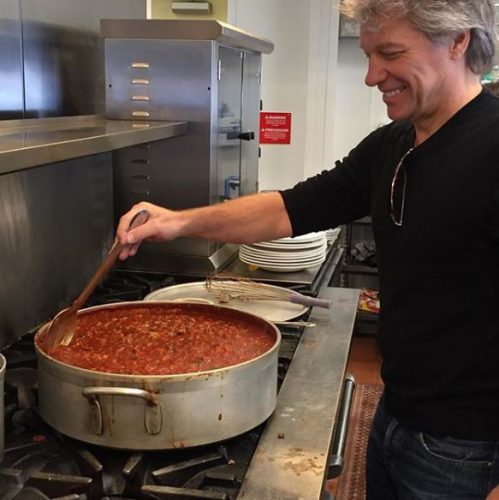 While many celebrities only give back, so their image shines, Jon Bon Jovi is not doing the charity work for the glory. He’s doing it because he believes that people deserve a helping hand. With the success he’s achieved, he has the means to give people food, so they’re a little better off than they were the day before.

Jon Bon Jovi works alongside his wife, Dorothea Hurley, to provide the two new community restaurants. The establishments offer free food to people who need it in a judgment-free environment where they can stop in for a little while. 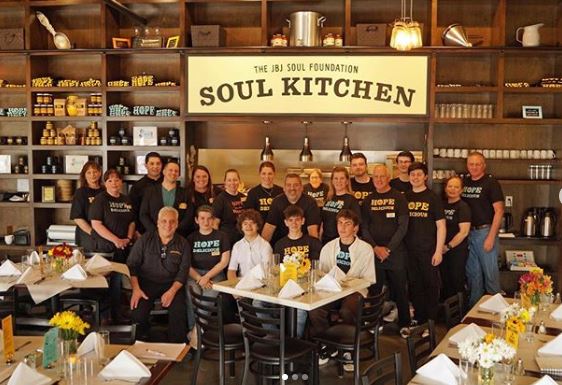 The charitable couple first opened the JBJ Soul Kitchen in Red Bank, New Jersey back in 2011. The purpose of this establishment was to feed hungry people who don’t have the income to provide food for their dinner tables.

The establishment does not list prices on the menu. Instead, people are invited to come in and make a suggested donation of $20 if they are able to afford it. Those who cannot afford to donate toward the meal are welcomed with open arms and get to enjoy a healthy farm-to-table meal. 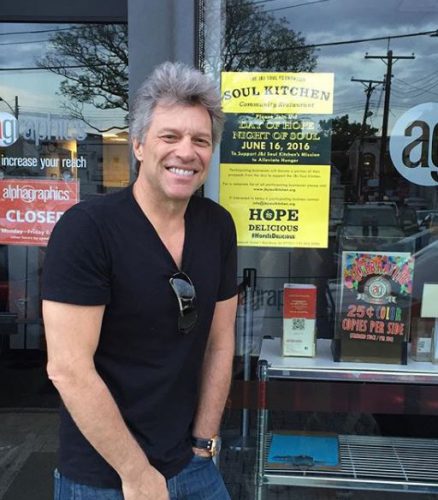 The restaurant also allows people a “Pay It Forward Program.” This allows diners with some extra cash because “each additional $20 donation provides meals for those who are unable to donate.”

Although Jon Bon Jovi’s first restaurant was a success, he was not done giving back to the community. A report by Billboard indicated that the singer opened a second Soul Kitchen in Toms River, New Jersey in 2016. 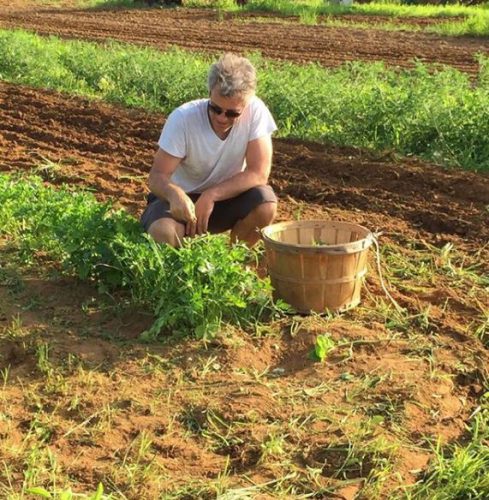 During a conference, the singer said: 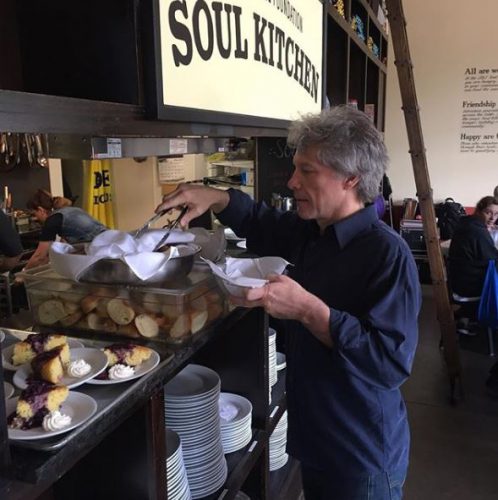 Not only can Jon Bon Jovi lead a band to create a hit song, but he and his wife also lead to positive change across New Jersey every day.

What do you think about his restaurants?