Well, 4 decades after he penned his speech for getting nominated for playing Fonzie in ‘Happy Days’, Henry Winkler just made a joke about how he finally got to share the speech with the audience after he won an Emmy for his role in ‘Barry’, an original series on HBO. 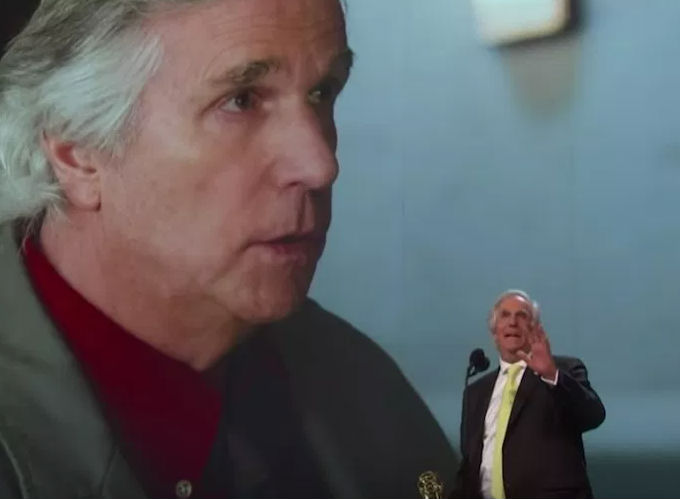 Yes, he finally did it. Winkler stole millions of hearts across the United Sates for his acting years ago and now, he’s getting the recognition that he deserves.

Henry has played various roles over the course of his career, all of which have earned him the status of one of the best comedians of all time. He played the role of Fonzie when he was 27, and now, at the age of 72, he just won an Emmy for ‘Outstanding Supporting Actor in a Comedy Series’.

He said that finally winning felt “thrilling and unbelievable”.

Apart from ‘Happy Days’, Henry has appeared in different shows and movies, including Arrested Development, ‘Parks and Recreation’, ‘Royal Pains’, and much more. However, he finally won an Emmy for playing Gene Cosineau, a teacher from L.A.

Henry got a standing ovation from the audience, including Ron Howard, his former co-star on ‘Happy Days’. While they were backstage both took a selfie which Henry put on social media. Fans of the 70s show got really nostalgic, and it brought them to much happier days.

He didn’t have to anticipate whether he would see his name on the list of winners of this highly prestigious award. However, Henry wasn’t involved in all of the movies, roles and series for just the purpose of getting an award. He was here because he always dreamed of acting. When he was asked about his career, he said, “I’ve dreamt of being an actor ever since I was seven years old.