“150 years old, dude, and still young!” When Crush, the turtle, from Pixar’s hit movie, Finding Nemo, explains how old he is to the film’s protagonist, most viewers probably just chuckled, but did you know that the oldest living animal on the planet that has been documented by humans is actually 187 years old and still young at heart?

Jonathon the Tortoise is a Seychelles Giant Tortoise who was born way back in 1832, before a camera could even capture how cute he was (and is!).

This year, he will be celebrating his 187th birthday in style!

Jonathon has seen a great deal of the world over the past century and a half He was born in East Africa in the Seychelles, which is the island his species is named after.

He was brought to the island of Saint Helena when he was around fifty years of age.

At the time, this little island off the east coast of Africa was under British Rule, like so many other countries at the time.

Jonathon has seen so many changes over the course of his lifetime.

The island life has treated Jonathon kindly, as you might imagine. Living at the Plantation House, which is where the governor of St. Helena also resides, has its perks.

This tireless tortoise spends most of his days alternating between snacking on his favorite leafy treats and taking long, long (really long) strolls on the governor’s estate.

Scientists think his leisurely lifestyle might have something to do with his longevity. 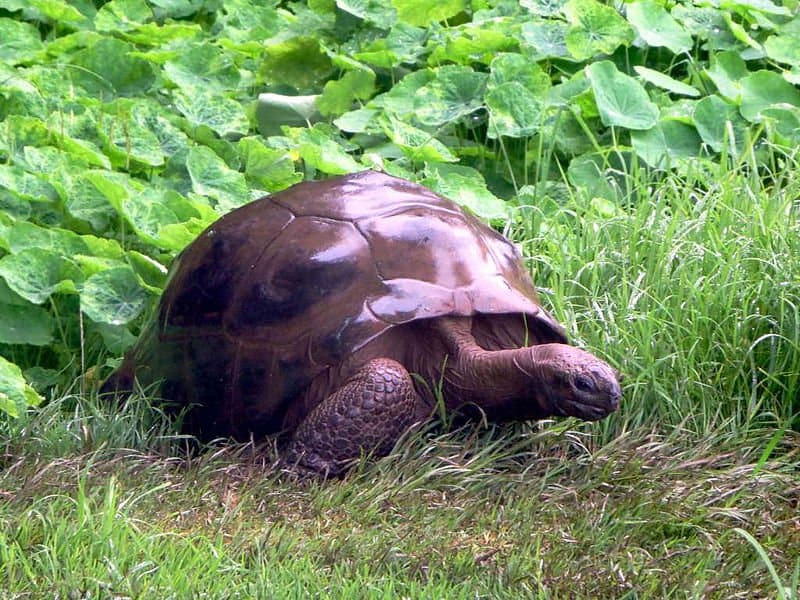 He is just three years shy of breaking the Guinness World Record for older tortoise in the world, and if his current vitality is any indication of the years ahead of him, it’s looking good for young Jonathon.