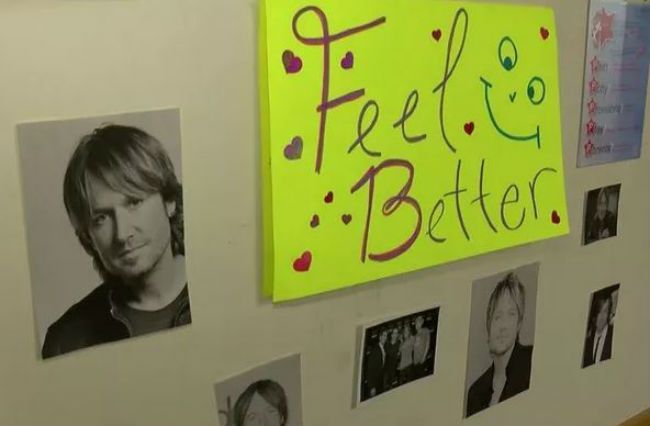 Keith Urban has been known to do some pretty awesome things for his fans, but this time he went far above and beyond what most would expect of a famous musician. He didn’t just visit her in the hospital to say hi – he actually spent time getting to know English and letting her get to know him as well.

He also made another of her dreams come true when he sang a heartfelt rendition of, “Blue Aint’ Your Color,” one of her favorite of his many popular and catchy songs. Her sister was there to catch it on tape and the video is one of the sweetest things you’ll see all week, guaranteed. 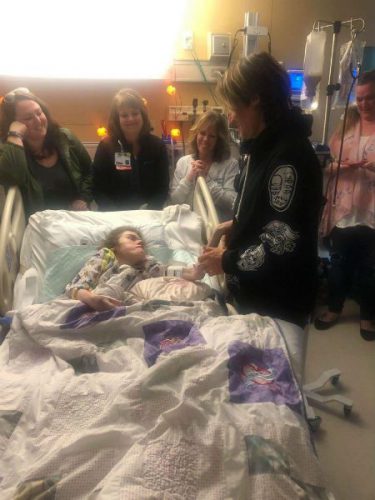 “You are a class act and we could never express how much this meant to us today,” Madison told Urban during his visit.

English was surely on Urban’s mind when he went to perform later that night. This selfless man gave his time in the morning before a big show to let this woman know how important and loved she is. That’s a pretty amazing thing and not something that anyone would expect or take for granted.

Urban dedicated his entire performance that fateful night in Toledo to his new friend, Marissa English and her fight for life.