Country legend Kenny Rogers, 80, has been admitted to the hospital. Mr. Rogers’ Twitter and Instagram accounts confirmed that he was admitted to a Georgia hospital for dehydration. The statement wants to make it clear that Kenny is in good health, and will be “sticking around through the years to come.”

The message included that they wanted to set the record straight after “wild misinformation and speculation.”

The entire message was in all-caps, and read:

“Due to recent wild misinformation and speculation from several media outlets, we are issuing the following statement on behalf of Kenny Rogers.

“Kenny was recently admitted to a local Georgia hospital and treated for dehydration. He will remain there to complete some physical therapy to get his strength back prior to discharge. He appreciates the concern and well wishes he has received from his fans and can assure everyone he plans on sticking around through the years to come.” 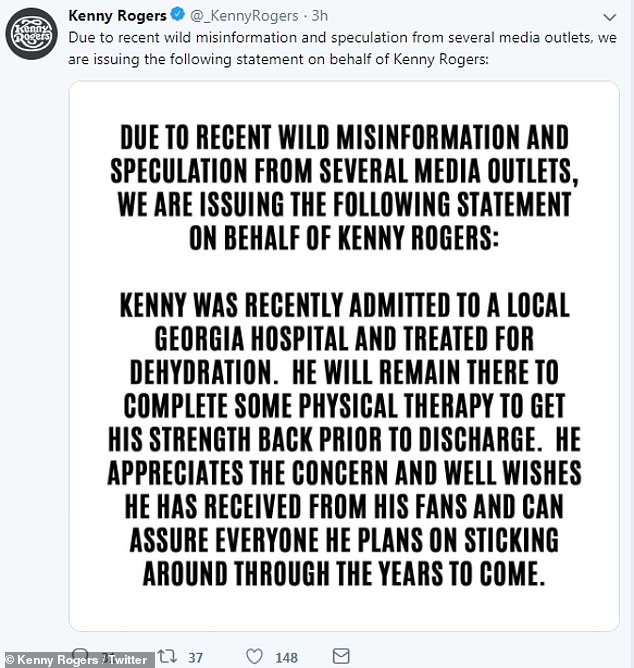 Kenny Rogers had a 60 year career before retiring in 2017. His biggest hit, The Gambler, was and still is a pop culture phenomenon.

Kenny has been married five times and has five children, spanning many different generations. His oldest is 60 years old and his youngest is 14. His youngest is also a twin, so he still has two teen boys living at home.

Kenny is currently married to Wanda Miller, who is the mother of the teenage twins. 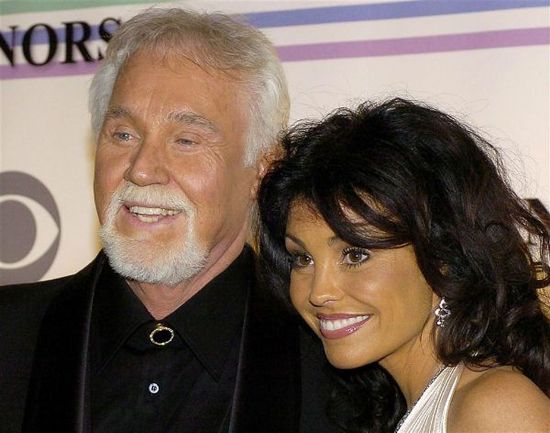 We certainly wish Kenny the best and hope he has a quick recovery. What was your favorite Kenny Rogers memory? Tell us in the comments below!