It seems that Cheryl Stewart never stops working. Besides holding down a job as a lunch lady, she also cleans both the U.S. Forest Service building and the seminary at the Jesus Christ of Latter-day Saints. She bakes rolls for every funeral service held in Teton Valley, and she spends most of her time with students at Teton High School, located in Driggs, Idaho.

While people appreciate her for all the odd jobs she holds, she makes her biggest impact on people while serving lunches to students in the high school. One time, the bosses called Cheryl in for an “emergency” shift. She did not hesitate to take on the extra work and showed up almost immediately to follow through with the job. 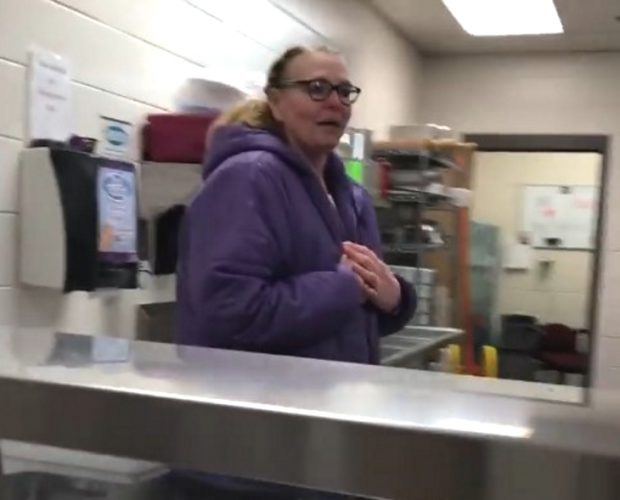 However, this was no ordinary “emergency.” As soon as she arrived, familiar people escorted her through the cafeteria doors. This was not something she was used to. Was she in some sort of trouble? Cheryl started to grow concerned.

When Cheryl saw what beheld her, she put her hands over her heart and sobbed. It was a miracle. But it was only the beginning of the blessings she was to receive on that cold December Idaho morning.

Giving day after day can take its toll on a person. Besides working so much, Cheryl also had to battle cancer. Now she is a survivor. But life continues to throw challenges in her direction. As the sole breadwinner in her family, she always puts others first. That means Cheryl always gets the smallest piece of chicken. 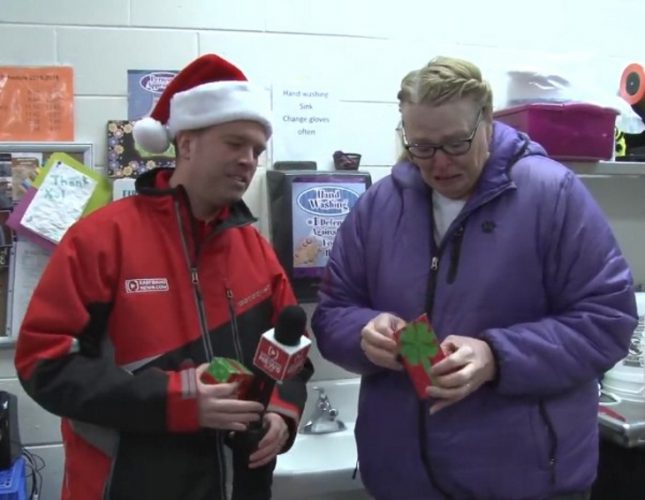 “Cheryl works from sunup to sundown, and in-between. She’d give you the shirt off her back and everybody loves her. Right now she’s using a borrowed car because the engine blew in their van. She’s actually having surgery, too next week during her time off because she can’t afford to take additional time off from work.”

When Secret Santa received an anonymous letter about Cheryl, they knew she was the perfect person to receive the gifts from the program. The local news team made a stop at Teton High School so they could shower Cheryl in gratitude and gifts.

Nate Eaton and his camera crew from East Idaho News was the last person Cheryl expected to see when she was called in for her “emergency” shift. Nate congratulated Cheryl on all her hard work throughout town and in the community. Then he handed her a box, which contained a $100 check. It was generous, but little did Cheryl know – it was just the start to what she would receive on that cold morning. 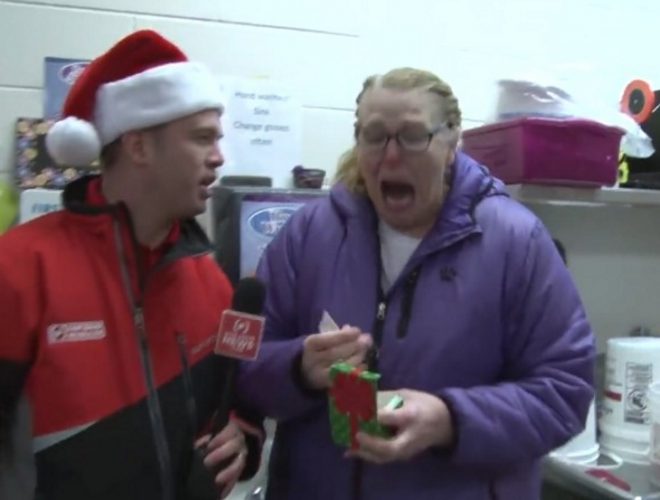 Although being $100 bucks richer was a great thing for her, Nate had another trick up his sleeve. He revealed a second box. This one was smaller than the last. When she opened it and saw the key, she couldn’t believe it. Secret Santa had given her a new car, just like she had wished for. How did Santa know?

Watch her reaction in the video below. It’s always good to see people who deserve nice things get them.