Sears has been going on a roller coaster ride recently. They just made an announcement that they will be closed another few dozen stores after sales worldwide dwindle. It’s a depressing fact to face that the companies that once defined America are slowing dying. General Electric, Ford, GMC, and Sears are struggling to fight against the economic goliaths of the 21st century – Amazon, Google, and Apple – especially as many of these companies venture into self-driving cars and other innovative technologies.

While Sears as we know it might go away, it’s legacy will not die. Sears was an instrumental retailer throughout the 1900s and helped build the America that we know and love today. They innovated in many ways, including their mail-order business. They’ve sold many things including appliances, home goods, and even houses through their catalogs. And while things might not be built to last by today’s companies, Sears did a great job producing quality items back in the early 1900s. 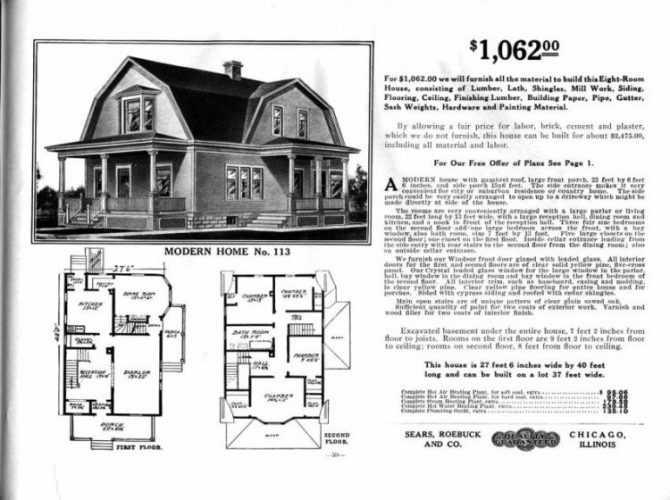 Reddit user RealHotSauceBoss announced that he is busying renovating his grandfather’s home, which the man bought from a Sears catalog back in 1916.

At the time, Sears sold the house this man bought for just over a thousand bucks. Not a bad price considering how much one could go for today. They had several models available for purchase and would ship them throughout the country. All you needed was a plot of land to plop the house down on, and you’d have a place to live. The house was shipped to the customer in pieces, complete with blueprints. Then it was the purchaser’s job to build it piece by piece. Talk about an innovative solution. Right? This idea sounds like it would be popular today. With the proliferation of tiny houses across the country, people are trending back toward simpler living. And a lot of DIYers would love to get blueprints and pieces to build their dream home.

Atlas Obscura indicates through its Sears Archives that the company sold about 75,000 mail-order comes between 1908 and 1940. The house that the grandfather from the Reddit post built was called Model No. 137. The house cost about $1200 in 1916, which translates to about $27,000 in 2016 considering inflation.

Despite being a mail-order home, the Sears product survived a century of hard living. 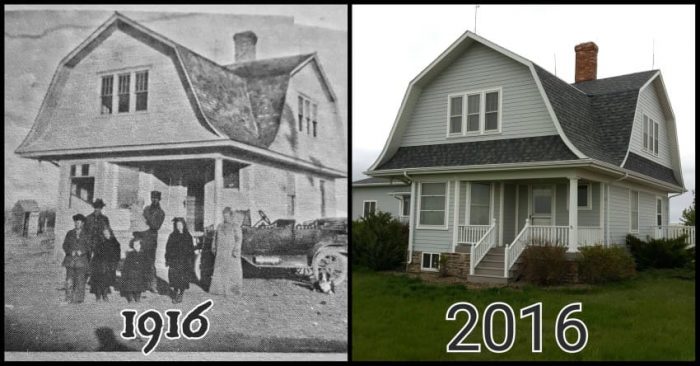 “It has held up remarkably well, all things considered,” the Reddit user wrote. “Obviously, the wood wasn’t treated back then, so the exterior was in rough shape, but the house was structurally sound. To preserve the interior we essentially had to build a shell of HardiePlank over the old exterior, then we put storm windows over the original windows. The original roof was unrecoverable due to wear and leakage, so it was completely replaced. The basement is in unbelievably good shape considering that cement is a century old! It continues to be a really interesting project.”

In the year 2118, what do you think the people yet to come will look at from our time and marvel at? Will it be our smartphones, our computers? Or will be something so fundamental to our lives that we hardly notice it?