No two humans are the same. The same could be said of animals. Even the most identical twins are different in some way, whether it is their behaviors or their voices or the way they think. This fact makes us all unique, and there is nothing better than knowing that you are one of a kind.

It is the beauty of life, and that is why people mourn the death of a person so bitterly; there will never be another like them. Even science cannot challenge this; clones have turned out to be quite different is some aspects. 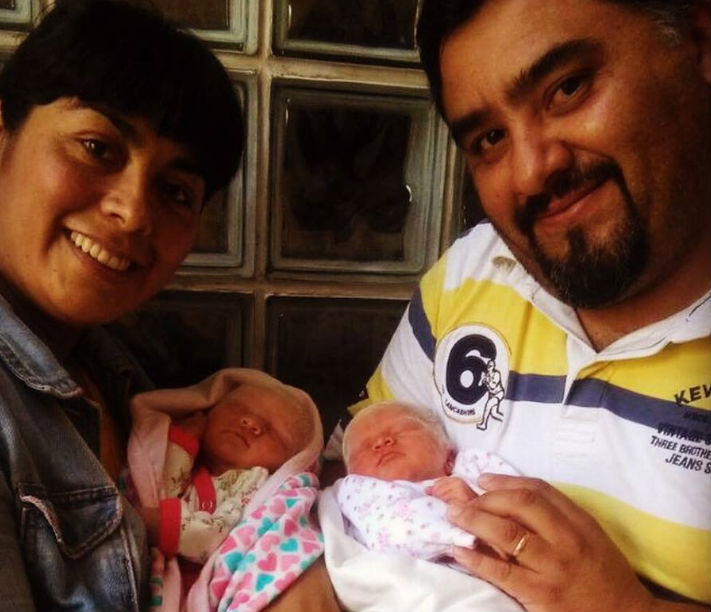 Jorge Gomez and his wife had a son who they loved very much. When they discovered that the wife was pregnant, they were overjoyed. This meant a much-needed addition to the family, and their little boy would have a little sibling to grow up with.

The expectant mother was also thrilled and started taking great care of herself so that the baby would not baby harmed in any way. The other relatives, neighbors, friends and even acquaintances were also excited and could not wait to meet the newest addition to the Gomez squad.

The pregnancy went well. Jorge’s wife was watching out for any signs that anything could go wrong, but nothing did. Everything seemed to go well, and she kept going for her regular checkups. A few weeks into the pregnancy, the family’s doctor let them into some fascinating news; they were expecting twins!

The joy was uncontainable and not one or two, but many people wished that the pregnancy could be sped up so that they could meet the babies. The gender reveal was even more thrilling; they were both girls. Their big brother was positively beaming when he heard the news. Who doesn’t want to be a big brother to two twin sisters?

Little did the parents (and their son) know that they were in for something different. First, the mother went into labor a little earlier than expected. This meant that she could lose the babies if they were not well developed. Jorge panicked, and his son was terrified.

The little boy may not have known quite what was going on, but he had an idea that whatever it was, it was not good. The wish to see the girls soon was being granted, just not how they had anticipated it.

The second shocker came in the delivery room. The girls both came out with snow-white hair, and for a moment, even the doctor did not know what was happening. The nurses held the two angels, and the doctor established that they were albinos. 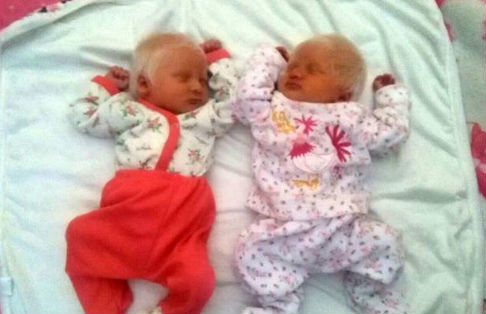 This was a surprise to the family, and they did not see it coming, but they couldn’t be happier. At that moment, the most important thing was that the babies had been delivered successfully. Jorge took his wife and kids home to a celebration; his two daughters were finally here.