We read and hear that miracles do happen and we know that performing miracles is nothing new to Pope Francis. There are certain blessings in your life that you will never be able to logically explain. This is what happened to the Masciantonio family the day their baby girl met Pope Francis in Philadelphia.

One day the family received a call from their FBI agent friend Donny Asper who was then helping with the security for the pope. He told the family to immediately go downtown and bring their daughter to hopefully meet the pope and the family did not hesitate to do so. The parents, Joey and Kristen, are both devoted Catholics.

The family and their friend Donny was hoping that baby Gianna who has an extremely rare blood disorder and also suffering a tumor would personally meet the pope. However, the family did not expect anything from it because they know that there will be if not hundreds, thousands of people already in the downtown area hoping to do the same. 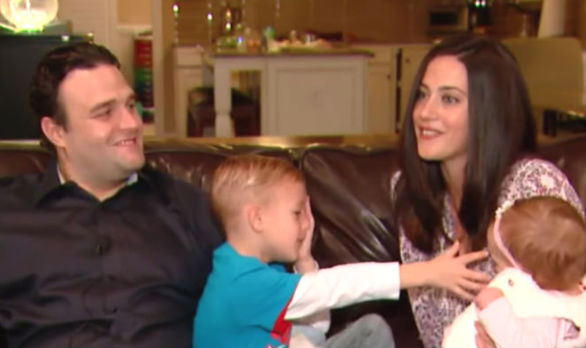 No matter how eager they were, the family hesitated to go because Gianna’s immune system was very low and they feared that it would deteriorate further if she gets exposed in this big crowd. But Kristen, as well as Gianna’s doctors, insisted for them to go and sure enough, the family was glad that they did!

With their decision intact, the family went straight to the historic James S. Byrne Courthouse located on Market Street because people are due to pass in the same area. When Joey saw that the pope was making his way exactly towards where they are situated, he held his little baby as high as he could to get the attention of the security guard who grabbed her and brought her over to the pope.

The next thing that the pope did was something that Joey and Kristen would never forget for the rest of their lives!

In the midst of the throng of thousands of people, the pope planted a kiss on baby Gianna’s head! This was definitely the highlight of their day! After this day, the family went back to their regular routine of doctors visits for Gianna. However, six weeks later, the new scans of her tumor brought the entire family down to their knees.

There is a good reason why Pope Frances is called “The Healing Pope” because of the many miracles that he has done by touching people suffering from serious health problems. Aside from baby Gianna, the pope also performed a miracle when he visited New York in 2015 for his 6-day apostolic visit in the United States. 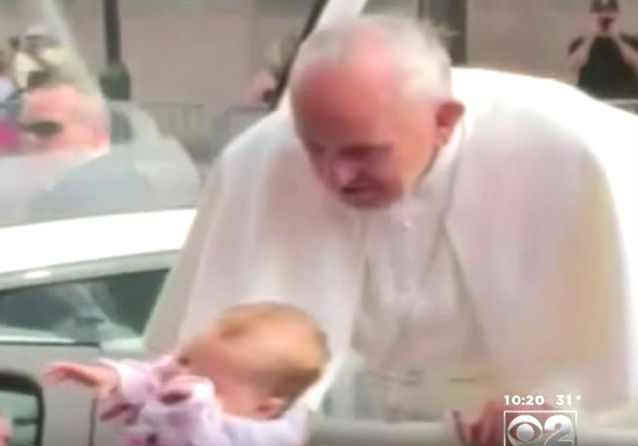 He blessed a 12-year-old girl who happened to be one of those who greeted him at the JFK Airport. She is Julia Bruzzese of Brooklyn, New York and she was in a wheelchair when the Pope touched her face and blessed her. Julia was in a wheelchair because she had a sudden paralysis which still puzzled her doctors. But a few days after meeting the Pope, the cause of her paralysis was determined.

Many people have different opinions about what happened to these girls, especially to Gianna. Some would say that the pope’s kiss was a miracle, but some would not. For the Masciantonios, “The kiss was God’s work, that’s for sure.”