In a radical move, South Dakota has forced all schools to display the motto “In God We Trust.” The law was passed earlier this months by state lawmakers in the hopes of instilling Christian values on every South Dakota student despite their religion and to “inspire patriotism” in students. The motto will be on display in South Dakota schools in time for the start of the new school year in September.

Because the move appeals only to Christian students and others that practice a monotheistic religion, the Freedom From Religion Foundation has made it clear that they opposed the ultimatum because it is a “terrible violation of freedom.” 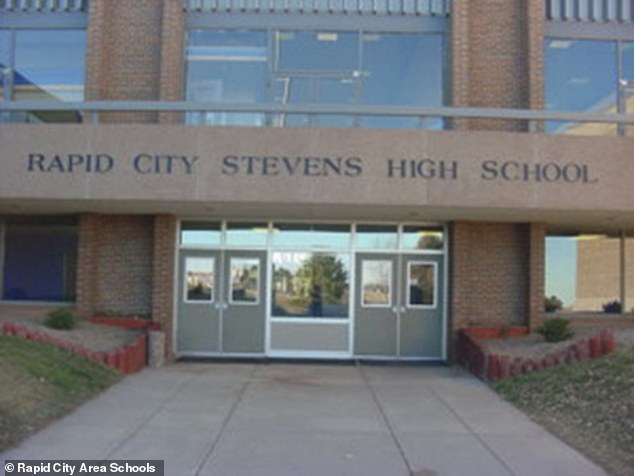 Because the state is forcing the language onto schools, the lawmakers will have no choice but to stand before the court and defend it on behalf of the public schools that get hit with lawsuits.

Although the conservative lawmakers hope that the “In God We Trust” motto will simply “inspire patriotism,” critics are not so sure if painting the national motto onto school walls will really do that.

The lawmakers want the godly motto displayed where students are “most likely to see” it, according to Senate Bill 55.

The motto has a lot of requirements around it as outlined in the bill. It must be at least 12-inches by 12-inches, and the design must be approved by the school principal.

Wade Pogany, the executive director of the Associated School Boards of South Dakota, was happy to report that some schools are coming up with creative ways to add the motto to their walls.

“Some have plaques. Others have it painted on the wall. Maybe in a mural setting,” Pogany said.

One school was ahead of the curve and already had a “patriotic theme” on their walls, which they call a freedom wall.

While some schools are happy to paint the national motto onto their school walls, the FFRF argues that it limits freedom.

“Our position is that it’s a terrible violation of freedom of conscience to inflict a godly message on a captive audience of school children.”

The FFRF has recently attacked the inclusion of the godly motto on the United States currency.

Meanwhile, South Dakota lawmakers are digging their heels into the mud in preparation for the backlash.

“One of our concerns was that this would be contested,” Pogany said. “So, we had asked the legislature to put a ‘hold harmless’ clause into the bill.”

Although the state is making it a requirement to plaster the message on school walls, they are refusing a pay a cent toward the modification. And the expense is quite large.

Because of the Christian nature of the motto, Students at Stevens High School suggested an edited version for their school – one that is more inclusive of all religions.

Working to Initiate Societal Equality or WISE asked the school board if their motto could include Yahweh, Buddha, Allah, science, and spirits. Their suggestion was shot down.