When he was just three-years-old, Valerio Catoia started to learn to swim. His family wanted him to be strong and to have better control over his body. Swimming was an easy activity for them to try and one that Valerio quickly took a liking to. It has been fourteen years since Valerio, who was born with Down syndrome, first began to swim and now he is making headlines with his success in the water.

Because he turned out to love swimming and was willing to dedicate himself relentlessly to the sport, he has forged a career in swimming. His ability has taken him all the way to the Special Olympics, which has only made his family and friends prouder of him than they were before. 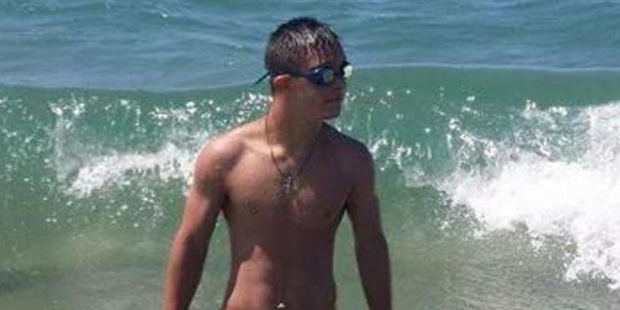 Although everyone was always happy with his ability in the swimming pool and out in the ocean, no one ever thought that his swimming expertise would give him the chance to save a person’s life. But that’s the reason this swimming extraordinaire has become an overnight hero in Italy, where he is from.

Although Valerio usually takes his swimming extremely seriously, on this particular afternoon on Sabaudia Beach in Italy’s Lazio region, he was in the water along with his father and sister just having a great time. While out in the water, Valerio suddenly heard two girls, who were ages 10 and 14, screaming out for help. Apparently, the tide, which was very strong, was pulling the girls out to sea – which was extremely terrifying for them.

Without waiting for a lifeguard, Valerio and his father dove into the water and rushed out to the girls. Because Valerio’s dad was also an able swimmer, just like his son, they were the right people to make the life-saving rescue.

With the younger sister on his back, Valerio kept her head above water as he swam back to shore. He followed the directions of his first aid swimming instructor perfectly, using the proven tactic to keep her head above the waves so she wouldn’t drown on her way back to land.

Although the lifeguards on duty ran to the scene, they were not as quick as Valerio and his dad. So they just had to cheer the pair on as they saved the lives of the 10 and 14-year-old girls.

In Italy, Valerio’s heroism was celebrated. He made headlines and soon he was with the Italian Sports Minister and former prime minister Matteo Renzi receiving his congratulations. Renzi called Valerio what he was – a hero – and wished that Italy had more people like him.

Although Valerio is a hero, he still has a lot of hard work ahead of him. He has to get back to training for his summer activities with the scouts. Then he will get back to school with his classmates.

Although Italy has taken a new view of Valerio, he claims to be the same person he was just a few days ago and before this entire incident occurred. He may be a hero and have saved a girl’s life, but he has not let that go to his head.