A Texas man confessed to raping and passing along chlamydia and gonorrhea to his three-year-old female relative. Not only did San Antonio resident, 26-year-old Drevon Alexander Perkins forcibly rape and molest the tiny girl relative who still wore diapers, but he also passed along sexually transmitted diseases to the little one. The girl’s mother noticed a colored discharge in her toddler daughter’s diapers and took her to the hospital for observation, where doctors revealed the chilling fact about Perkins’s relations with the girl.

The doctor who had to confirm the horrible news helped alert the police. Because the girl had both chlamydia and gonorrhea, there was only one explanation, and it did not take police long to track down Perkins. 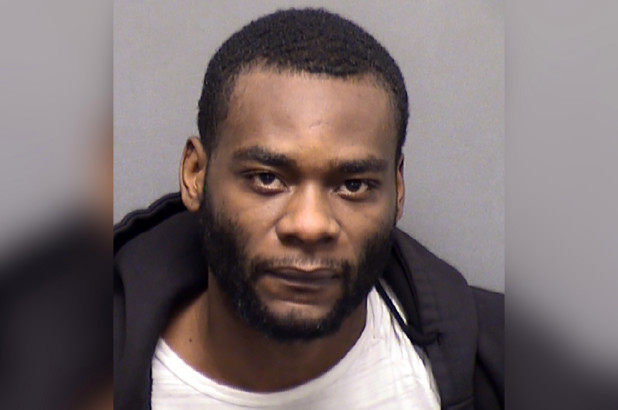 When he was arrested, police officers did everything in their power to hold back from revealing their anger at the suspect. But with a crime this heinous, it must be hard to look a man like this in the eye. It is a bestial crime not only to rape a toddler but also to pass along sexually transmitted diseases in the process.

When he was brought into the station, Perkins denied everything. He told police officers that he was not the person who tore down the baby’s diaper and did unthinkable things to the little girl. However, he agreed to take a polygraph lie detector test, and he was not good enough to beat the machine. His lies simply did not hold up, and he broke down and revealed everything.

During a polygraph test, Perkins admitted to his crimes. He told police officers that he raped the girl while he was high on drugs in January, telling authorities that he assaulted her while her mother was working and he was alone with the girl in the Texas apartment.

Perkins previously tested positive for chlamydia and gonorrhea, the court records show, solidifying the evidence against him.

After failing to pay the $100,000 bond, Perkins remains in custody at the Bexar County Jail. He was charged with a felony charge of super aggravated sexual assault of a child. If he is convicted of this egregious crime, he will spend a minimum of 25 years behind bars. Because this is Texas, it can be assumed that the judge and jury will not go easy on the suspected child rapist.

Few crimes are as bad as this one. Not only was the victim Perkins chose, a tiny girl, she was also his blood relative, making the twisted abuse even more disgusting and wicked. All forms of child molestation are evil crimes because an adult, who knows better, is taking advantage of a child and stealing their innocence away. It is a horrible thing to do, but few have done it in a way as gruesome and gratuitous as Perkins did that day in San Antonio. It was depraved and twisted.

It is unclear when Perkins will go before the court and if he will plead guilty or not. Either way, the Texas jury will not go easy on the man.